Powerboats, jet skis, submerged rocks. Beware of scheduled whitewater releases from Holtwood dam in spring and fall, and during high flow events in the summer. 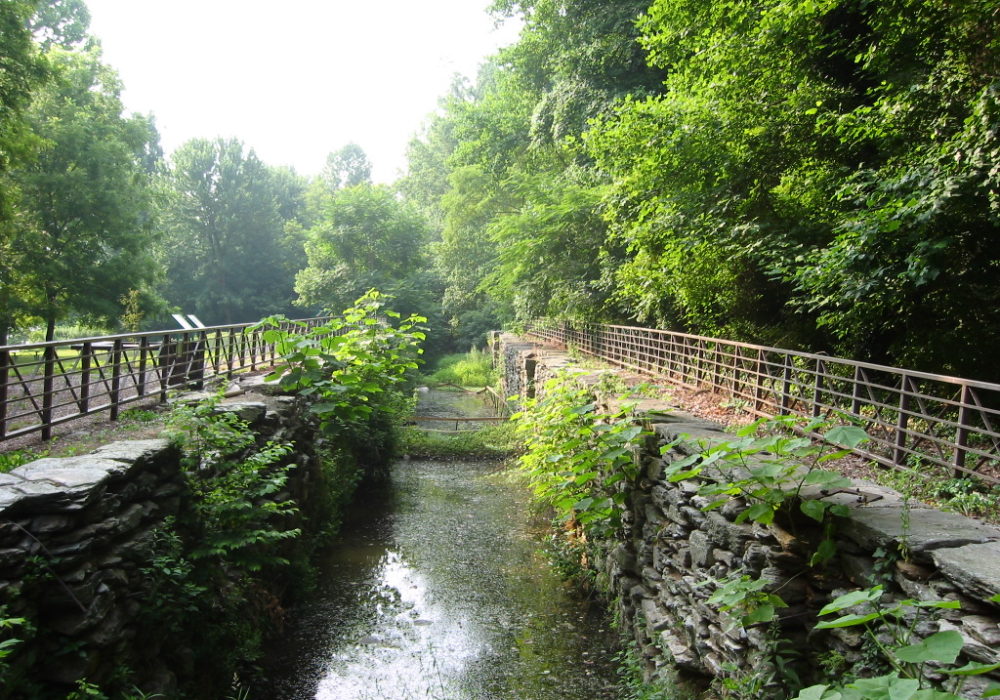 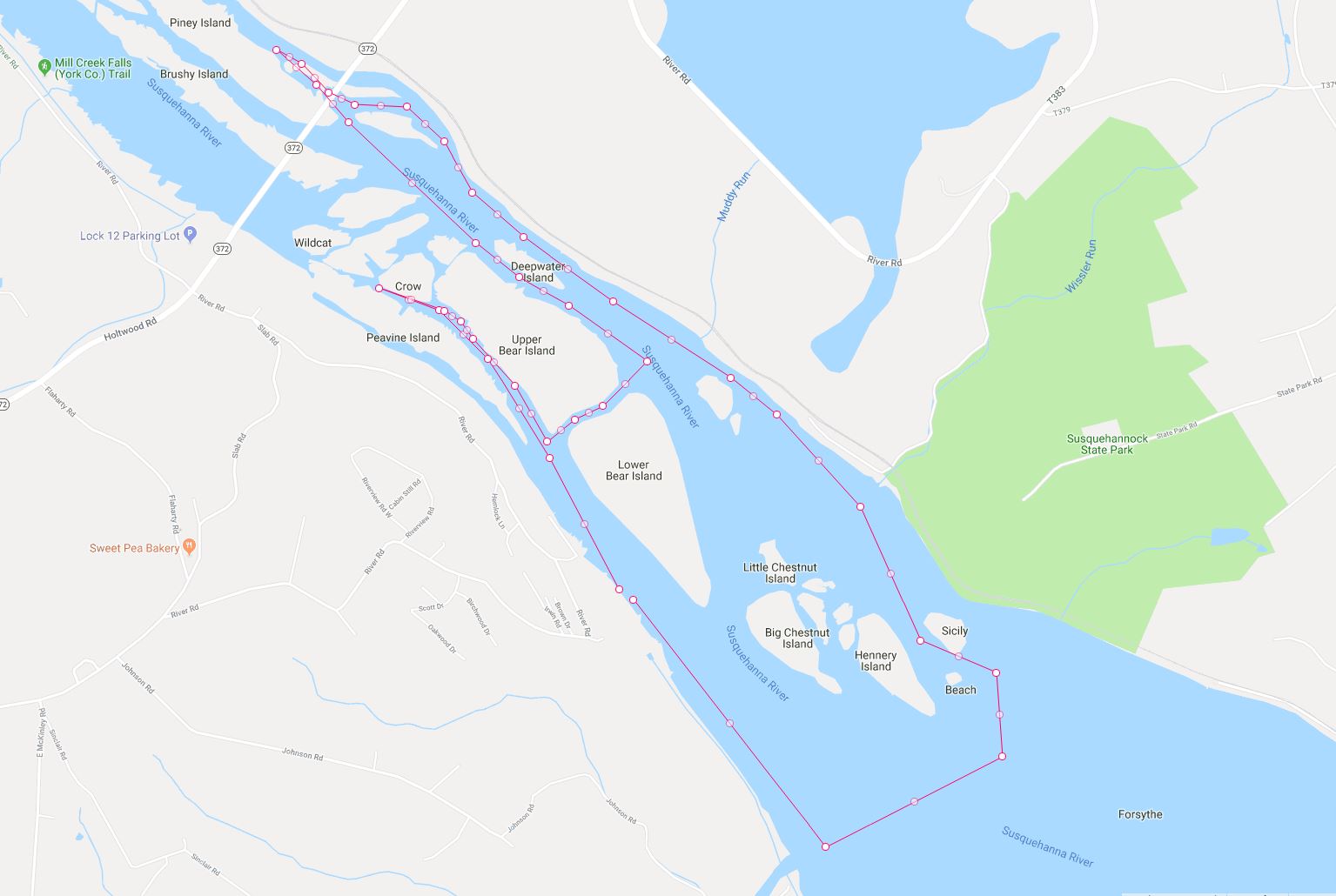 This paddle route explores the Conowingo Reservoir (the impoundment between Holtwood Dam here and Conowingo Dam in Maryland). Investigate the interpretive panels at Lock 15 park: this lock is one of 29 locks that controlled water flow in the Susquehanna and Tidewater Canal, which connected Wrightsville to Havre de Grace in Maryland. Another great historical site is Lock 12, just upstream above the dam at Holtwood. After launching, head “upstream” (northwest/toward Holtwood Dam). Our route sort of hugs the western shore, with Lower Bear Island to your right. As you continue, the channel becomes narrower and rocks rise up on either side. Turn around where you’d like and head back in the direction from which you came.

From here, one can continue meandering downstream: Susquehanna State Park is on river left. Keep river left; Big Chestnut, Hennery, and smaller/closer Sicily Island will be on your right. Turn right and circle around these islands. Head back upstream and soon you’ll see the Muddy Creek boat ramp, then shortly thereafter, Lock 15 canoe launch will be on your left for takeout.

Aside from the canal history and neat geological formations, there are also petroglyphs- rock carvings as from as many as 1000 years ago- to be found on the rocks in this area. It is said that the best opportunity to see the petroglyphs is when the sun is a low angle and when the surface is wet. Even better, take a guided kayak tour with Shanks Mare Outfitters. Go to the Chesapeake Conservancy’s Terrain360 Map in the resources below for neat video of the Susquehanna Water Trail (like Google Street View, but on the river!) and photos of launch areas.

If you drive east to Susquehannock State Park, you can park at the Hawk Point picnic area, and hike a nice loop on Overlook Trail to Wisslers Run overlook for a bird’s eye view of the paddle route. Put In / Take Out