Segments of the greenbelt were originally roughed in by volunteers, using grass and wood chips, and have now been converted to a crushed limestone surface or paved. Where necessary, the greenbelt uses signed road routes to connect the trail sections. Volunteers have focused on the park and open space components of the greenbelt and created the Five Senses Garden, a popular waypoint along the trail.

City Island in Harrisburg is a popular multi-use recreational destination in the middle of the Susquehanna River and a nice starting point for this loop trail. At the northern edge of the city lies another popular starting point or destination along the trail: Wildwood Lake Sanctuary and Nature Center includes a large lake surrounded by more than 5 miles of trails along with an education and exhibit center. Bird blinds are located around the lake. The Capital Area Greenbelt follows the longest trail along the lake’s west shore.

Connected to the greenbelt is the Walnut Street Bridge (also called People’s Bridge), a restored iron trestle bridge that takes you from City Island to the riverfront walkway along Front Street in Harrisburg. Built in 1889, it was part of the city’s street car system until 1950, when it was converted to automobile use. In 1972 Hurricane Agnes damaged the bridge beyond repair for vehicular use so it was converted to a pedestrian-only bridge. Icy floodwaters washed away the western span of the bridge in 1996; Rails-to-Trails Conservancy is assisting in efforts to restore the structure. The eastern segment of the bridge has been reopened to pedestrians and is well worth a visit. Its lack of completion is not an impediment to riding the greenbelt. 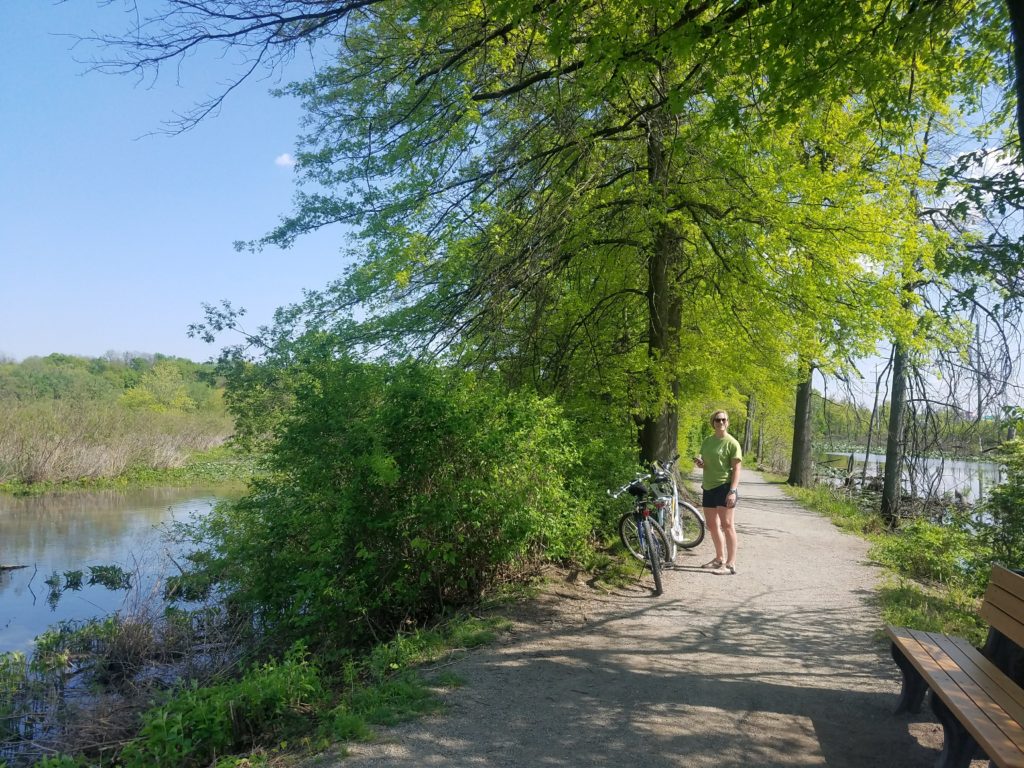 To reach Wildwood Lake Sanctuary, from I-81, take Exit 66 for Front Street. Go north on Front Street to the first traffic light and turn right onto Route 39 (Linglestown Road). Turn right at the first light onto Industrial Road. Go a little more than 1 mile and turn left onto Wildwood Way. Follow the paved road until you come to the nature center parking lot. 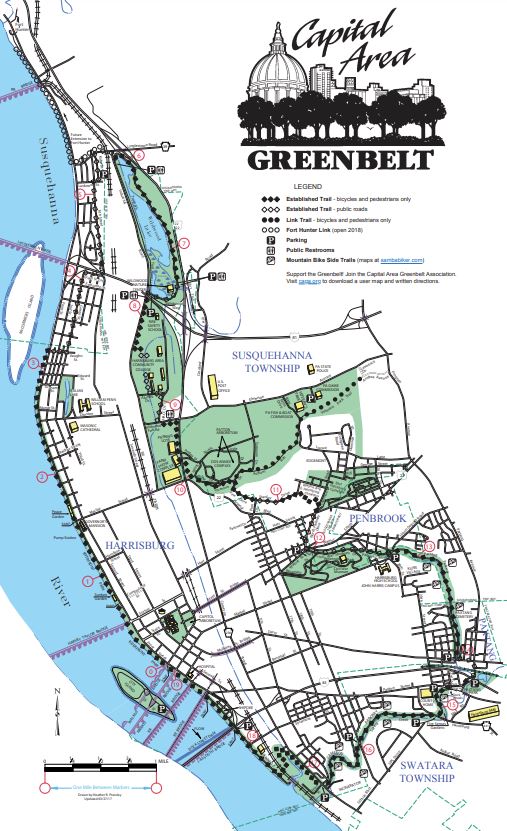